Find the Songbird—Apple’s ‘Get a Mac’ Campaign

The concept of marketers as storytellers involves telling a story with the audience as a central character. The goal is to send them on an emotional journey, from a point of objection or indifference to the point of purchase or interest. In order for the target audience to be portrayed as a central character in marketing campaigns, marketers need to know them inside out. Demographics play an important role in defining most audiences, however, psychographics must be addressed for the audience to feel understood—to see themselves as that central character.

A great storyteller will use something complex and dynamic about the central character in a way that transfers its energy to the story. In movies and commercials that something may be conveyed by another character, a possession, an event, or anything that provides essential information about the central character’s motivation—the audience’s needs or desires. That something is called the “songbird.” For marketers the songbird is that thing that gets the audience to fall for what they’re selling. Apple released a series of commercials in 2006 that successfully told a story with its audience as central characters. The ‘Get a Mac’ campaign was full of examples that demonstrate understanding of the audience’s needs and desires as well as a brilliant portrayal of the songbird as an ever-present alter-ego.

The entire ‘Get a Mac’ campaign uses a simple formula of a sterile white frame with two characters (Mac and PC), and minimal props. This allows the script and actions to speak volumes about each character. The central character, Mac, is casual, self-assured, and fun. In contrast, PC is stiff, insecure, and all-business. In a way both personalities represent aspects of the target audience, however, it’s obvious that being Mac is more desirable. These spots don’t target long-time Mac users, although that audience could appreciate them. Rather, they target those most likely to become Mac users—current PC users who are frustrated with issues such as reliability, ease-of-use, and limitations in networking and software.

The contrast in characters can be seen in every spot, but two particularly good examples are ‘Work vs. Home’ and ‘Angel/Devil.’ The ‘Work vs. Home’ spot (@3:08) begins with each character stating the “fun” things they can do. Mac says he’s been doing things like music, movies, and podcasts. PC jumps in to say he does fun things too, like time sheets, spreadsheets, and pie charts. PCs have traditionally excelled in business applications, but lifestyle applications that manage music, photos, and other personal interests weren’t typically bundled with new PCs. Apple recognizes that most computer users have similar desires for fun and entertainment. This spot speaks to PC users who are frustrated with their computer’s limitations or perhaps aren’t aware of the applications that come bundled with new Macs. 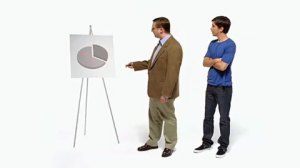 The dry personality of PC is accentuated when he describes how a pie chart can be used to capture the events of a family vacation. His chart was so dull it didn’t even have color. The black and white chart is an example of exaggeration that permeates other spots in this campaign. Apple knows that many PC users will fire back at these spots with examples of PC software and capabilities that are more fun and interactive than PCs-of-old, however, the target audience craves more creative and easier applications. The exaggerations speak directly to their needs. 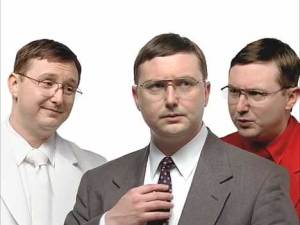 The ‘Angel/Devil’ spot (@5:09) is another example of how Apple contrasts Mac and PC. It also captures the struggle many long-time PC users face when considering a switch to Mac. The spot begins with Mac looking through a photo book he created in iPhoto. When PC looks at it, an internal debate takes place with the devil on his left shoulder and an angel on his right. The devil fuels his hatred for Mac and all things creative, while the angel encourages him to “loosen-up” and be more fun. The story on the surface—Macs make creative things easy—comes across clearly as the story below the surface—the division of PC and Mac users—is both consciously and subconsciously softened with humor.

Each spot in the campaign reveals something on the surface about a benefit or solution that Mac offers to PC users. A closer look reveals something deeper that target audience members deal with, a desire to make life better. Core issues in this area include reliability, simplicity, and fun. Apple addresses these issues in several particular spots.

Reliability is compromised in the mind of PC users frustrated with computer viruses, spyware and crashes. The inconvenience and widespread presence of viruses on PC platforms have been a thorn in their side for years. The initial campaign spot, ‘Viruses’ (@2:36), leveraged the reliability issue to gain maximum appeal for the Mac operating system which is not susceptible to viruses. This spot didn’t benefit from previous exposure, as subsequent ads would, yet the script was cleverly written and viewers could understand who the characters were as well as the issue at hand. 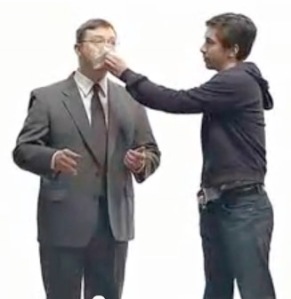 In the ‘Viruses’ spot the tissue was Mac’s songbird. Without it he would not appear completely immune to PC’s virus. It also provided a glimpse into Mac’s character—compassionate and caring, in a way that implies self-confidence. PC’s character is portrayed as self-righteous and melodramatic, trying to save Mac from his virus. It doesn’t work. As Mac takes the tissue and helps him wipe away a sneeze, PC crashes. It might have been a clue for the next spot, ‘Restarting.’

‘Restarting’ (@2:05) addresses the issue of crashes. Macs are by no means completely immune to them, but the frequency is so seldom that its not considered a problem. PC users, on the other hand, are well aware of this inconvenience, particularly at the time of these spots. PC tries to deliver a statement in the beginning of this commercial, but gets stuck and has to restart. The awkward repeating of his first statement reminds the audience of the senseless need to restart their own computers. Mac tries to tell PC he they already passed that point in the commercial, and PC explains he had to restart, adding “You know how it is.” To which Mac replies that he doesn’t have that problem. In case Mac’s reply wasn’t enough of an appeal to the audience, just as things get going, PC gets stuck again…and Mac goes to get help from IT.

There are those whose pride is dependent upon the need to install complex operating systems, software packages, and peripherals. For everyone else the need for simplicity trumps hours of technical maintenance. ‘Out of the Box’ (@4:09) shows the audience how much easier it is to get started on a new Mac versus a new PC. As one of the campaign’s later releases, the audience is already familiar with Mac and PC, so the message is pointed more significantly at the fact that PC users face a higher probability of hardware and software issues before they can enjoy a new system. The punchline comes towards the end of the spot when Mac says, “It sounds like you have a lot of things to do, before you can do anything.” As Mac runs of to do fun things, this point is compounded when PC says that he’s waiting for some of his parts to come in other boxes. 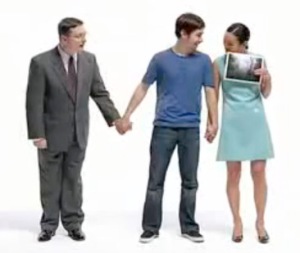 Another example of Mac’s simplicity is shown in ‘Network’ (@0:32) The spot begins with PC and Mac holding hands. PC proudly explains that he can easily network with Macs. When a Japanese woman—representing a digital camera—joins Mac’s network, PC appears left out because he can’t speak her language. The message that Mac is easier than PC comes across clearly, “Everything just kind of works with Mac.” The spot ends with another awkward PC moment as he attempts to speak to the Japanese woman in French.

One of the strongest examples of contrast in PC and Mac characters is revealed in the ‘iLife’ spot (@1:03). Apple knows its strengths and leverages them in this commercial—helping the audience see how Macs can be fun as well as help them document, archive, and publish the fun that they’ve already had. The commercial begins with PC jamming out on iTunes. PC appears on the verge of a win in this spot with his hip new device, until Mac points out the other iLife programs that come bundled free with new Macs—iMovie, iPhoto, iWeb and more. PC tries to respond with cool bundled programs of his own, like “calculator” and “clock.” Mac finishes with a final quip, “Sounds like hours of fun…or at least minutes.” 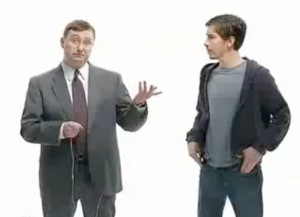 As mentioned earlier, ‘Work vs. Home’ also shows the audience how Mac meets its desire for more fun in stark contrast to PC’s all-business personality. The script in this commercial is heavy with sarcasm—from the excitement of PC as he demonstrates how the family vacation can be captured in a pie chart, to the closing response from Mac, “Feels like I was there.” In this case the script adds weight to the example of iLife and other features that make Mac more fun than PC, but throughout the campaign they add up to tell an on-going story of how Mac is a better choice than PC.

There are songbirds specific to spots throughout the campaign, like the tissue in the ‘Virus’ spot, but Mac’s songbird—as audience and central character—is PC. Without him, the audience would see these commercials as simply an extension of the battle between embittered Mac and PC users. Apple gets PC users to fall for their product by placing PC next to Mac and allowing him to self-destruct—revealing every problem and pain that PC users can relate to in their own worlds. Meanwhile, Mac is free to be fun-loving and sympathetic to every struggle PC goes through. He represents an appealing solution, the person you’d rather be. It’s PC’s character that makes it possible for PC users to go on the emotional journey. Through him they feel understood by Apple. And through Mac’s sympathetic personality, they feel they can approach the brand without judgment.